From August 2004 until November 2007 I was Commissioning Editor at Murdoch Books, an independent publishing company based in Sydney, Australia. I commissioned and nurtured books for the Pier 9 imprint, building a new non-fiction list for the publisher.

The Honey Spinner, by Grace Pundyk 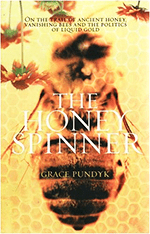 Grace Pundyk’s journey from the wild Yemeni deserts to the jungles of Borneo, and from Russia to Tasmania’s leatherwood forests, with many other honey-producing destinations in between. Grace follows the sticky trail of this ancient food, and the people who make their living from it, to uncover the truth behind this ‘food of the gods’.

I thank, too, my editors Hazel Flynn, Desney Shoemark and Anouska Jones – my non-virginal Thriae! You have helped me enormously with your feedback, support and wisdom and it’s been such a treat to work with such a creative group of women. 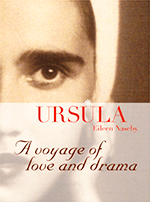 Ursula was Eileen Naseby’s mother: beautiful, smart, talented; impatient, dissatisfied, critical. Her pampered childhood in Germany ended abruptly in flight from the coming Nazi terror. This exquisitely written book is the true story of a beautiful and resilient woman who lived through extraordinary times.

Hazel Flynn recognised the story in my mother’s life and has been there for me through all my trials and tribulations. I could never have written this book without her constant encouragement and brilliant perception.

Legs Up Laughing, by Vanessa Bates 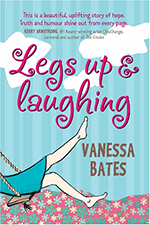 In this memoir, by turns laugh-out-loud funny and beautifully moving, Vanessa reflects on family relationships and takes us on the rollercoaster ride of trying to become a mother herself. Along the way there are rampant costumed sheep, a pagan wedding party and the rice-pudding smell of a loved one’s head.

Dear Hazel, it has been an amazing rollercoaster. Thank you for believing in me … much love (heaps actually), Vanessa

The Lonely Sea, by Yvette Allum 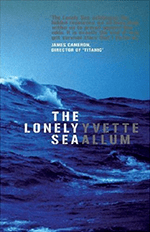 The extraordinary true adventure story of how Sue Dockarsurvived for two days and two nights lost alone at sea after being swept away during a spearfishingcontest in the shark-infested waters off the Queensland coast.

Thanks to my commissioning editor Hazel Flynn for taking on an unknown author and for keeping me on track.

This Way to the Sea, by Gillian Nicholson

Gillian Nicholson and her husband, Christo, impulsively buy a 20-acre banana farm. Their knowledge of banana farming? Zero. Their knowledge of how to work the land in general? Minuscule. Their irrational joy and confidence that things will work out? Total. This is Gillian’s funny, involving and moving account of their journey from being city slickers to finding contentment on their piece of paradise.

Thank you also to … Hazel Flynn, who heard one of [ my radio anecdotes on the ABC’s Bush Telegraph program ], encouraged me to have a go at writing this book (despite my qualms) and became a friend in the process. 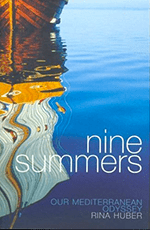 An appealing mix of dream destinations, dramas, funny episodes and, throughout it all, a beautiful love story. When surgeon Felix Huber was diagnosed with a rare cancer at age 60, he and his wife, Rina, had a choice: draw inwards and eke out whatever time he might have left, or gamble on the future and live out their long-held fantasy of sailing the Mediterranean. They had nine glorious summers of adventuring together.

Hazel and my editor Srarah Baker have been extraordinarily patient and a delight to work with. I am extremely grateful to them and the team at Pier 9.

A Castle in Tuscany, by Sarah Benjamin 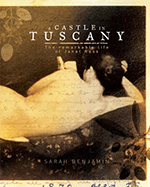 The story of the extraordinary Janet Ross. Sarah Benjamin details Janet’s passion for nature and food and uncovers a life full of talent, generosity, ideas, family secrets and intrigue.

Hazel Flynn has been a joy to work with. She has been a wonderfully supportive editor, giving helpful, commonsense feedback all the way through. This book is all the better for her contribution.

Blowing My Own Trumpet, by James Morrison 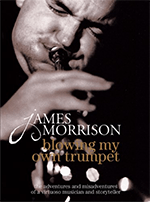 As well as being one of Australia’s best-known and best-loved musicians, jazz virtuoso James Morrison is a great storyteller, as this rollicking memoir shows: an action-packed and entertaining ride through the highlights of an entertaining life.

Hazel Flynn convinced me that this whole thing was feasible and then stayed with me for the duration, being always available, trusting and forever bright (I wish she was in the music industry).

Heart of a Champion, by Patrick Lindsay 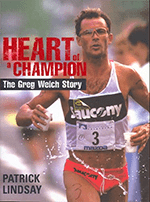 Greg Welch became world champion in five sports: surf, duathlon, Olympic-distance triathlon, long-course triathlon and Ironman. With the 2000 Sydney Olympics in sight, he was suddenly forced to quit his sport and fight for his life. Patrick tells Greg’s story, from cheeky paperboy to the heights of success and the depths of darkness.

My sincere thanks … to Hazel Flynn and the team at Murdoch Books and Sarah Baker for their insight and support. 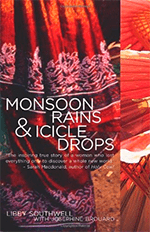 From a Mongolian nomad’s tent to a hedonistic party complete with igloo in a Nepalese jungle, Libby Southwellhas been to some amazing places and seen incredible things. But these are experiences she would never have had if tragedy hadn’t struck her life.

Nor would the idea have progressed if wise and wonderful Melisande Clarke had not provided encouragement every step of the way, or if Murdoch Books’s commissioning editor Hazel Flynn had not ‘got it’.

Sucking the Marrow Out of Life, by John Maclean with Paul Connolly 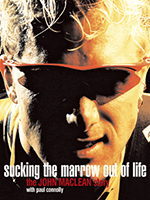 After a near-fatal accident in 1988 left him paraplegic, John Maclean refused to sit back and let the world go by. His book with Paul Connolly takes the reader on a journey through John’s life, discovering the underlying message that life is not about obstacles, or how they came about, but about looking inside yourself to find the strength within.

I would like to thank everyone at Murdoch Books who helped me put this book together, including Hazel Flynn, who with a keen, sensitive eye matched the authors together so well. 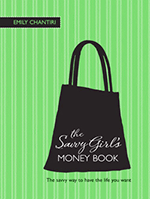 A witty and appealing money how-to for 18 to 35-year-olds who would never buy one of the existing personal finance books on the market today. Containing sound information, lots of peer-group stories, both ‘befores’ and ‘afters’, and packaged in a bright, magazine inspired layout.

First and foremost, my wonderful commissioning editor Hazel Flynn. I am so fortunate to have you be a part of this book.

From 1999 to 2002 I was Non-fiction Publisher at Random House Australia, based in Sydney, where I was responsible for a range of bestselling and critically acclaimed titles.

I-Cons: The Essential Guide, by Ross Honeywill and Verity Byth 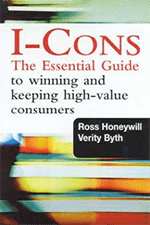 Based on groundbreaking research of 250,000 survey respondents and written by two highly regarded former KPMG directors now running their own successful consultancy, this book provided new definitions of consumers and their spending habits and advice on how to market to them.

Special thanks to Hazel Flynn, non-fiction publisher at Random House, who seized the concept for this book with her trademark enthusiasm and a rare mix of sparkling intelligence and generosity of spirit. 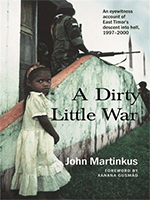 Journalist’s account of East Timor’s struggle for independence: the struggles of the guerillas, the atrocities of the militias and the determination of the Timorese people. Shortlisted for the 2002 NSW Premier’s Awards.

Hazel Flynn of Random House Australia had the patience and persistence to help me see this project through.

The Bolivian Times, by Tim Elliott 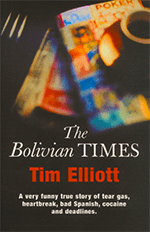 I’m grateful to Hazel Flynn and Zoe Walton at Random House, for their patience throughout both the writing and editing process.

Who Am I?, by Tony Barber 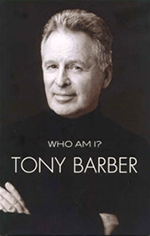 In this entertaining and delightfully written autobiography, Tony takes us through his highs and lows and gives us an insider’s view of showbiz in this country over the past four decades. By turns colourful, funny, gossipy and moving, his story will surprise you.

Hazel Flynn at Random House has been a tower of strength and support throughout this process, and a source of wise counsel, and I will be forever grateful.

The Money Club, by Robinson, Hill, Beck and Chantiri 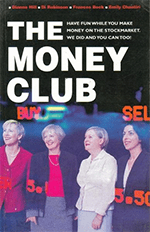 How a group of friends turned a book reading group into a profitable investment club, with advice on how to set one up. In 1998 book club members Di Robinson, Dianne Hill, Frances Beck and Emily Chantiri decided they wanted to find out more about the stockmarket, and to make some money from it. They knew little about investing but were determined to learn.

A Love for Life, by Jane and Glenn McGrath 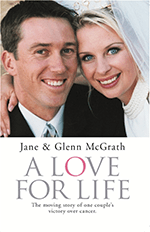 Jane Steele had been in a relationship with Australian Test cricketer Glenn McGrath for less than two years when at age 31, to her horror and disbelief, she was diagnosed with breast cancer. Together they battled the fear, the despair and the cancer. Together, they beat the cancer, this time at least.

Of all the people we’d like to thank in connection with our book the first has to be Hazel Flynn at Random House, who approached us with the idea with so much enthusiasm it was impossible to say no to her. There wouldn’t be a book if it weren’t for her.

An Extreme Event, by Debbie Whitmont 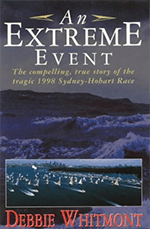 The compelling story of the disastrous 1998 Sydney-Hobart Yacht Race during which six sailors died, told by the multi award-winning ABC TV Four Corners reporter. Using extensive research and writing with gripping immediacy, Debbie wove together the threads of this unique human drama, from the courage of the crew members and their heroic rescuers to the anguish and despair of those listening helplessly onshore.

Hazel Flynn was a source of constant encouragement and worked far beyond the call of duty to help me finish the book on time. I am grateful not only for her many helpful suggestions, but also for her friendship throughout. 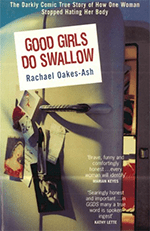 Between the ages of 17 and 31, Rachael Oakes-Ash lost 63kg and gained 76kg on a roller-coaster of body image problems and food obsession. She went through anorexia, bulimia, bulimarexia, gym mania, strict dieting and binge eating before she finally she figured out how to stop torturing herself and hating her body.

Hazel Flynn is a total pleasure to work with. As a first time author I was fortunate to have Hazel as my publisher and editor. She was patient, insightful and her knowledge of narrative and editing and story telling was exceptional. I count her as my mentor in the world of publishing as I learnt so much from working with her at Random House.

Don’t Fence Me In, by Wendy McCarthy 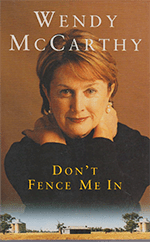 Memoirs of feminist, corporate trailblazer and educator providing a unique insight into the past few decades of Australian life via the various aspects of her story. It’s a journey that takes her from 1950s country schoolgirl to campaigner for abortion and contraception, from ‘colonial’ teacher to deputy chair of the ABC.

Your Mortgage and How to Pay It Off in Five Years, by Anita Bell 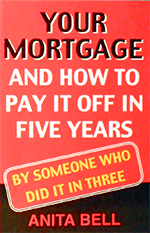 Comprehensive, practical advice on budgeting for home ownership, this was the top-selling Australian non-fiction book of 2000. Reportedly, half a million copies have been sold. Anita went on to write seven more books on personal finance, as well as fiction books for young adults.

Sincere and special thanks to Hazel Flynn, my first in a long line of wonderful editors, but without whom the first edition of Your Mortgage, and all of its sequels, would have stayed in my head, emerging only occasionally as random tips for friends and relatives.